The outcome of the new Czech certification UL-2 MTOW 600 kg together with more than fifteen years of experience with production and operation of Alto aircraft. Good flight qualities and stalling characteristics, known from previous Alto model, in combination with improvements and modernization. Complying with the latest ASTM LSA standards.

That is the new Alto NG.

The most visible change in comparison to the previous Alto model is the length and shape of engine cover. With a ten centimetre longer cover the Alto has a more elegant look with smoother transition between the fuselage and cabin. However, this change is not only about the visual improvements, but with related lengthening of engine bed the engine has been moved forward. That is why the Alto will no longer fall on its tail while its pilot is getting into the aircraft. This change also allowed to use the full capacity of baggage compartment, which is 15 kgs.

The new aircraft introduces a better solution to engine and oil cooling as well as to cabin heating and engine overcooling in winter months. All of this thanks to the new shape of engine cover and its inner structure – carburettors air intake and cylinder baffle. New airbox stabilizes the air between both carburettors better than with previous model, which helps with calmer engine run and the ram air inflow provides enough air for the otherwise standardly not super-charged engine. In cooperation with water and oil thermostat, and the choice between three sizes of oil coolants, the engine is neither overheated during climb nor overcooled during descent.

Based on our experience with periodical check-ups and service we came up with a new attachment of the newly reinforced front leg in engine bulkhead with rivets of greater load capacity. We also stiffened shoulder strap fixings inside the cabin.

Even though the wing looks the same at first glance, there has been reinforcements, changes in construction and simplification in production. Small collisions that complicated flaps installation have been removed as well. New pitot tube location has been established and airspeed meter calibration has been tested in flight with Garmin and Dynon probes.

On the fuselage, in the upper part of the skin and under the windows, new longerons were added to increase the stability of the skin. Czech certification calculations showed the need to increase the VD speed from 270 km/h to 295 km/h. In relation to that the control stiffness had to be increased and the centre of gravity of the elevator had to be moved closer to the rotation axis. This was achieved by elevator tips mass balance, which also contributed to reduction of control stick force during taxiing, better force response during manoeuvres and better trim ability in various landing configurations.

With the new Alto NG control stiffness has been increased by flight control concept change, from control stick to control surface. Cables for pitch control have been replaced by system of pull rods, levers and rockers, which brought faster and more precise aircraft control with quick response to the pilot. There is also no need for turnbuckles wiring and ropes tightening. The cables remained used only for rudder control. This change meant a long list of construction adjustments – stiffening, rocking arm holders, inspection holes etc., which are visible from the lower side of the fuselage, mainly under the baggage compartment. The whole control system is connected by fitted bolts with cotter pins.

Another important change was adding second trim tab on horizontal tail surface. According to the new regulations, the aircraft needs to be trimmable in a certain range of speeds in given configuration in the worst possible centre of gravity position. In reality that means that it is necessary to fulfil the 1,1 times stalling speed with fully extended flaps with maximal forward centre of gravity. Our solution was to develop our own flap controller, which controls the second trim tab (on the right side of horizontal stabilizer) at the same time. Increasing flap deflection, deflects the second trim tab and decreases the control force for pilot. This force never really goes away, so that the pilot knows about the simultaneous change of flaps deflection and wing pitching moment. However, the pilot can control the trim on the left side of horizontal stabilizer by himself the whole time and can trim as required. For full aircraft trimming in longitudinal direction a second trim tab on the right side of is used, which is controlled from the cockpit.

Beside the construction changes Alto NG also brings wider selection of accessories and additional equipment. There is a new option to choose an in-flight adjustable hydraulic propeller. With this type of propeller, the aircraft has a great flight performance, both in ascension and in cruise mode. This will be appreciated mainly by those who occasionally use Alto as a towing aircraft. In comparison to the electric propeller, the hydraulic one has a perfect and almost immediate control over the propeller regime.

In the interior, there are new seats with headrests available. We also adjusted the ergonomics of pedals and control sticks. In addition to standard headset holders behind pilots’ heads, connector sockets have been placed in between passengers. Lemo connectors are an option as well.

In the interior, there is also the already mentioned new flap controller and a fuel valve with START button, where it’s mechanically impossible to start the engine with closed fuel valve. There is no need to think from which tank it is necessary to pump the fuel first when both tanks are full. It is now possible to pump from whichever tank the pilot chooses because the unused fuel returns to the tank, they’re pumping from.

Even with the new model we did not stop designing instrument panels for each customer specifically, based on their preferences and wishes. Thanks to many years of experience we are able to suggest the right choice and combination also in accordance to customers financials.

The whole certification process has been a huge experience for us. We would like to thank all of our customers for their patience and understanding that they continued to have with us even in times of global pandemic. We believe that our aircraft will pay you back.

Last but not least, development at Direct Fly won’t stop with this certification. In the future, we would like to create uniform design of aerodynamical wheel covers, optimize shape of vertical stabilizer, design adjustable pedals and seats and re-design the instrument panel to allow installation of more flight and engine instruments. 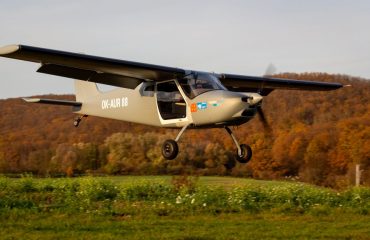 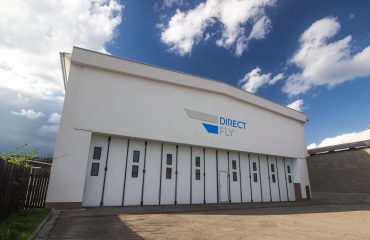